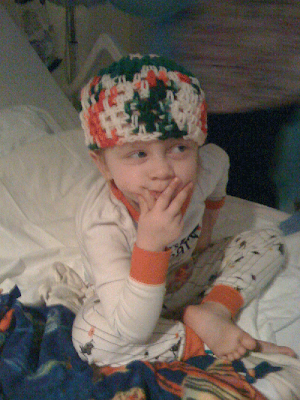 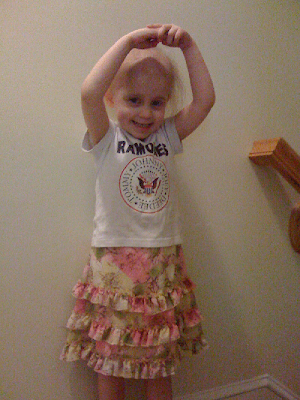 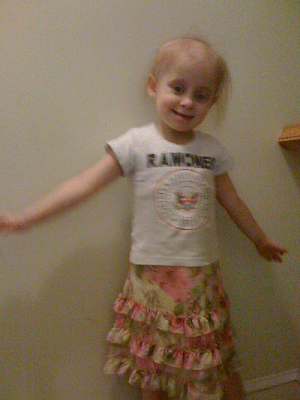 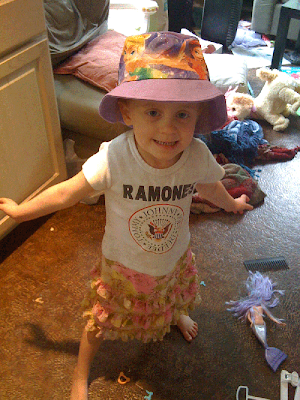 Cute pics! I honestly thought that the nightie under the Ramones tshirt was a skirt.....LOL..She looks adorable!

Ramones! One of my all-time favorite bands. Saw them live three or four times, back in the day. Any kid who wears a Ramones T should be expected to rip up a playroom :-)